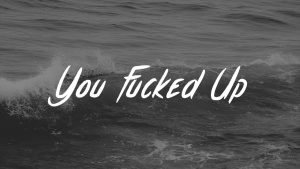 The NSW Government has totally fucked up in waiting too long in locking Sydney and other areas down as they have now for the next 2 weeks (until the 9th July) (but this could be extended depending on cases over this time). Instead of waiting until the over 100 cases that we now have, it should have been locked down when we had the 2 clusters in and around just the Sydney area. They waited too long, they fucked up, AGAIN.

This has thrown over 6 million people in NSW into chaos and at the time when it is also school holidays. How are parents going to control their small child or even old teenagers being stuck at home for their inter-school holidays? Everything is just a mess. Oh, and let’s not forget that the toilet paper panic buying is back. I don’t understand why toilet paper is such a priority for everyone, it’s not like you can eat shit paper now is it? Shouldn’t you be more worried about food and water?

Locking everyone down also causes some major issues for people that are homeless and also have mental health issues. This is just another fuck up by our government. I can’t say the opposition would be any different as I believe they wouldn’t be. So either way, we are fucked with COVID no matter who is in government in our state,

Anyway, it’s just after midnight and now time to go to sleep so this is where I will end my rant for now. Might be more over the coming couple of weeks.